We’re the largest, richest, best-educated generation of Americans, the favored children of a strong, confident, and prosperous country. In today’s world it’s difficult to teach our children to respect property and our public resources as well as their parents, grandparents, and teachers.

Our grandparents didn’t seem to struggle as much with these things. How did they pass these character traits on?

Remember that old statement, “Waste not, want not?” There is more to that statement than you see on the surface. Our grandparents lived the life. They grew their own vegetables and cared for their livestock. They cooked and ate meals together. There were no electronics and few activities away from home. Family time was all of the time. They read books together and entertained their friends at home as a family. There were covered dishes instead of dinner at a restaurant. They attended church and Sunday school together – they prayed together and shared each other’s burdens. That means they listened to one another. There is one common thread. They did things together, with each other. They passed on the important character traits of love and respect by example and experience.

They taught children to respect resources the same way. Our grandparents understood the value of every item they owned and the environment around them supported them. Everything they owned had a secondary use and nothing of value was thrown away. Dresses became quilts. Coffee grounds got added to the next day and then after that they added the grounds to the garden. If the crops didn’t do well one year, then they did not eat as well the following winter. They cared for their livestock which was another source of food. They milked the cows and goats, and/or they returned milk bottles and soft drink bottles to the store. The store sent the bottles back to the plant to be washed, sterilized, and refilled, so they could be used repeatedly. They handed down clothing. If something had a hole in it, it wasn’t thrown out–it was patched or mended. They worked hard, and nothing went to waste. 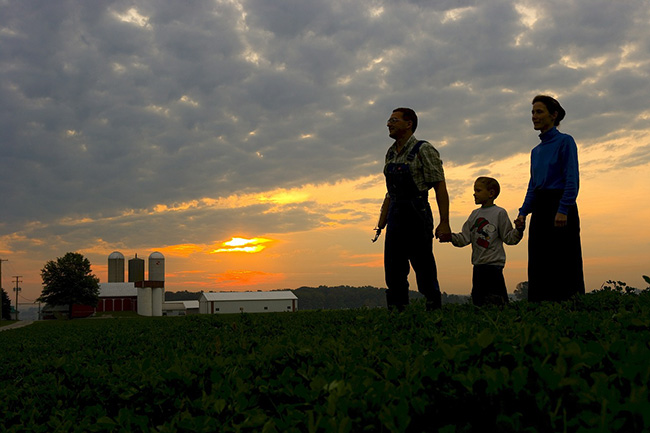 I remember when I was about 8, Granddad taught me how to pull nails out of old lumber and straighten them, so we could save them and use them again. When zip ties first came out my dad taught me that to remove one you take out your pocket knife and you can either cut the zip tie and throw it out, or you can push the tip of the knife into the catch on the zip tie and slip it off and then save it and reuse it later. I still reuse my zip ties.

Things are different now in our instant world. We throw out things that we could rebuild, and we hire people to fix things instead of fixing them ourselves. We don’t seem to be as connected as families. We even get food delivered with companies like UberEats!

There are still many ways that your children can learn to value and respect the things they own, their families and public resources. Next week I’ll talk more about this. Until then try turning off your cell phone – good things may happen!

← Ways to Eat a Watermelon
Choosing the Best Curriculum →

One Response to Waste Not, Want Not