The following is an end-of-summer account I wrote a long time ago… but I still like it. I hope you will as well and that it will kindle an idea and that you’ll enjoy that last little bit of summer fun… together.

A couple weeks ago something special happened. I enjoyed the past and the present at the same time. I’m not sure which felt warmer, the distant memory or the joy of the present. But whatever the mix, it was a great night. It was Labor Day – the day farthest from the beginning of summer. It heralds the first of fall and the beginning of school, while thumbing its nose at those who love warm weather. We spent the day over at the lake with most of my family. It was gray, cold, and windy… pretty standard lake weather.

Mostly we stayed inside, which kind of gets crazy with a bunch of kids running underfoot. So, after about as much total mayhem as we could stand, everyone loaded up their cars and headed in different directions to return to their busy lives and life after Labor Day. We had it easy. We drove ten miles home and plopped the kids in their beds for naps. While they slept, my wife and I sat on the couch discussing ideas for our last night of summer fun. We figured most everything would be closed and resolved ourselves to an uneventful night at home. It was at that moment, when all seemed bleakest, that an idea came to mind, and the brilliant idea poured forth from my mouth, “How ‘bout Adventureland?” 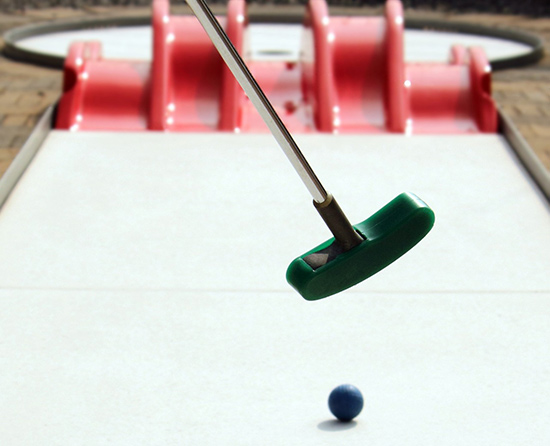 It sounded like a winner to two people desperate to extend the summer. I jumped up, grabbed the phone, and called to see if they were open. On the other end of the line, a lady said, in some accent I didn’t recognize, “We open to ten o’clock.” Energized by the prospects, we dressed the kids, threw some fish sticks in the microwave for our finicky eaters, and made our way to Taco Bell for a quick dinner before we tackled Adventureland.

I should explain to the reader that Adventureland is an American icon of entertainment. As a boy, we traveled past it each year on our way to the lake for our vacation. Lustfully, we stared out the window at the miniature golf course, the giant slide, and some rusted rides scattered about knowing we’d visit her sometime during our stay. It eventually came, and it was usually the coolest night of vacation. We’d throw on jeans and sweatshirts over our freshly sunburned bodies and pile into several cars for the short trip to the park.

Twenty minutes later our caravan would pull into the parking lot, and Dad, a few moms, cousins, brothers, and sisters would pour out of the cars, soak themselves down with bug spray, and walk the path to the main building. It was like entering a sacred shrine filled with more than the mind could imagine or the heart could desire. From behind a tall counter lined with golf clubs, a little old man or lady took our money and handed us a small putter and a ball of our choice and color. Usually, we argued and fought for a special color and eventually worked out a compromise to every player’s liking.

With that behind us, we stepped from the brightly colored building and began our 18-hole adventure. Now, Adventureland golf was a far cry from those putt-putt courses with nicely manicured Astroturf greens, bright orange perimeters, and meticulously maintained sterile play areas. It was more like playing golf in a storybook. There was a giant gorilla on hole two, a tiger poised to pounce on hole seven, carousels and paddle boats, closing doors and mysterious holes that took your colored golf ball to who knows where. Not to mention water traps and sand traps that would make Tiger Woods break out in a sweat, but we were young and naive and laughed in the face of danger.

As if it could get any more wonderful, blue and red lights flooded the course, adding to the mystery and enchantment of the night, while tiny fountains danced in the light and laughter. It was a place where dreams came true, and it was like a friend of the family.

To be continued next week…

Go have an adventure,

PS – You can find this story and others like it in my easy to read book, “The Bathroom Book of Fathering.”